“I thought eating disorders were something only females suffer from?” This all too common misconception is something 18-year-old Christopher Vallée wants to clear up.

As a young man suffering from anorexia nervosa, Chris was surprised at the lack of male mentors available to help guide him on how to cope with his disease. “Eating disorders are very much stigmatized as just a female illness, and that’s not right,” says Chris. 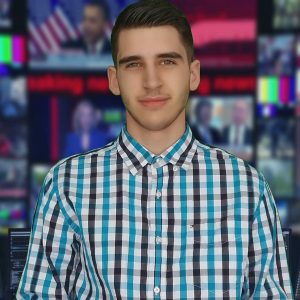 Over the course of six years Chris was admitted to CHEO several times. The first time he participated in CHEO’s Eating Disorders day-program his mindset was not focused on getting better. While he knew he needed help, it took him awhile to accept his illness and realize that he did in fact want to recover.

At just 12 years of age, Chris was admitted to CHEO for treatment for anorexia nervosa, a type of eating disorder characterized by restricted food intake and often accompanied by excessive exercise. “I started being symptomatic around 11 years old, but I didn’t know what I was suffering from until I was actually diagnosed,” said Chris. The strain of an eating disorder can cause a variety of physical and psychological symptoms. In fact, the symptoms displayed by males and females can even be different.

The turning point for Chris was waking up one day and realizing he wanted to be able to pursue his dreams and in order to do that he knew he would need to get help. That’s when he made the incredibly tough, but live-saving decision to go back to CHEO to explore other therapy and treatment options so he could find one that was right for him. “I don’t know how many times I just wanted to stop and give up, but I didn’t,” said Chris. After talking with his doctor and trying various coping strategies, Chris discovered that listening to music helped him the most. “You have to explore the different options, if one coping strategy isn’t working for you then try another one until you find one that fits,” says Chris.

Chris wants others to know that there’s always hope and that at one point or another something will change for the better, whether it’s through a different therapy or just a new perspective. “Giving up is not an option. There’s never a no, there’s always a yes,” says Chris. “What CHEO has taught me is that there are going to be times in your life when you are going to have the option to either give up or take a step back and give yourself time to breathe.”

For Chris, the best part about the care he received at CHEO was by far the people and the fact that he could sense they genuinely cared about him and his recovery. He had nothing but positive experiences at CHEO and credits the child life specialists with doing a great job at keeping kids and teens both distracted and entertained.

Today, Chris is an advocate for mental health and hopes to one day be a mentor for other boys and young men battling eating disorders. He wants to fill the gap and show other males that there is hope because he got through it. “I really felt I needed a male in my life to guide me through, and so I want to be that for others in the future.”

On the advice of his doctor, Chris found something else positive to channel his energy into. Always a fan of the news, he started recording himself reading short newscasts; first just as a hobby, but six months in, he’s now turned it into a successful local podcast called CA News Ottawa. In fact, as a way to give back to CHEO, last March, he hosted a special podcast to share his own story, showcase the work of CHEO staff and inspire his listeners to donate to CHEO.